Madrid’s natural way out towards its northerner surrounding woodlands, the Monte de El Pardo, runs parallel to Manzanares river. This path has been maintained throughout the centuries, linking the capital city to a wooded area preserved by its use as royal hunting ground. In the last century, the development of motorways along river beds and over existing roads endangered the survival of paths like this one. The process of reverting the situation was driven by civic and ecologist associations, later supported by public institutions and administrations. The historical path has survived, turning to be a GR (long distance path) that remembers in its name its royal origin and offers today the possibility of getting by foot out of the city to every ‘man in the street’. 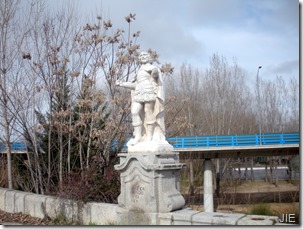 I took this pictures yesterday.

Paco de Lucia, one of the greatest living guitarist in the world, died this morning at age 66. According to some sources the Spanish artist would have suffered a heart attack in Mexico, where he was with his children and grandchildren. May he rest in peace.