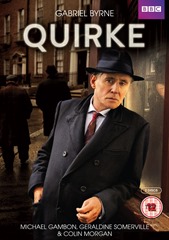 Synopsis: Quirke is fighting a battle with grief and drink – and losing heavily – while Phoebe is forging a new life for herself with the help of a group of oddly-assorted friends: Isabel Galloway, shining light of the Gate Theatre; reporter Jimmy Minor whose crush on Phoebe goes entirely unnoticed by her; and junior doctors April Latimer and the exotic Patrick Ojukwu, a Nigerian prince who has discovered that 1950s Ireland is an uncomfortable place to be a stranger. As the story opens Phoebe is worried that April hasn’t been heard from in over a week. The rest of the gang is not much surprised, sure that she has gone to London to get ‘the usual trouble’ fixed, but Phoebe is not convinced. Lonely herself, and desperate for deeper connections in her life, she asks Quirke for help, and Quirke, eager to reconnect with his daughter and to keep his own demons at bay, is quick to give it. With the help of Inspector Hackett of the Gardai he discovers evidence in April’s flat that someone, presumably April, had lost a lot of blood there, yet when this alarming news is reported to April’s well-connected family the response is not what he expects. As the Latimers close ranks, Quirke finds himself alone in pursuit of the missing girl and involved in a world where race and class determine who the spotlight shines on and who is left alone. (Source: BBC One Quirke)

Probably this is the best episode in the series. It helps the fact we are more familiar with some of the characters and we have a better knowledge of their background. In my view, there is no doubt that the book is by far superior but nevertheless the TV series is above average and is worth watching it.