I read and reviewed this month at A Crime is Afoot:

And my personal preference is for Paisaje de otoño (English title: Havana Black), because as Glenn Harper writes:

The complex metaphor is echoed in a complex and layered writing style. The novel does not flow easily, in the style of pulp noir, but slowly, in a layered prose that includes history (not only of Cuba’s 50-year Communist experiment, but also of the Spanish colonial era, South America in the post-colonial era, and even Chinese history), current social reality (the shortages and difficulties of today’s Havana), and the life story of Mario Conde in its Cuban revolutionary context of deprivation and total state control. There are echoes and insinuations of The Maltese Falcon and even adventure novels like King Solomon’s Mines, as well as a reflexive joke concerning the main character’s inability to conceive of himself as a literary character (and the novel itself rounds off with a reflexive flourish, the Conde tetralogy eating its own tail, so to speak). Ultimately, this novel is about Conde himself, as the representative of a “lost generation” of Cubans who stayed on, neither willing to leave nor endorsing the revolution. The reflexivity, the melancholy, and the rich style of the writing are all in the service of that portrait of a generation. (International Noir Fiction) 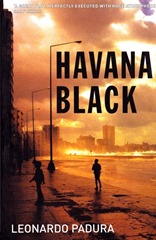 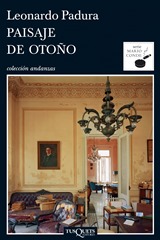