Tiger Bay is a 1959 British crime drama film that was shot mostly on location in the Tiger Bay district of Cardiff, at Newport Transporter Bridge in Newport (12 miles from Cardiff) and at Avonmouth Docks in Bristol. It features many authentic scenes of the children’s street culture and the black street culture of the time, along with many dockside shots and scenes in real pubs and the surrounding countryside. It marks a vital transitional moment in the move towards the British New Wave cinema exemplified a few years later by A Taste of Honey a 1961 film directed by Tony Richardson (Source: Wikipedia)

In a nutshell Tiger Bay ‘touches on issues not often broached in 1950s family film. It’s also an effective, affecting and intelligent thriller that showcases a great performance by Hayley Mills, sensitively directed by Thompson and solidly supported by her father.’ (Source: Film4) 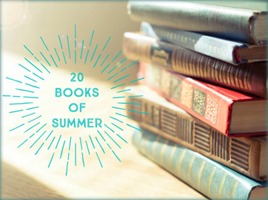 The string was as follows; I read it at Cleopatra Loves Books, which in turn found it at 746 Books. The aim is to attempt to read during the summer months. More specifically in the time period from 1 June to 5 September which is roughly 14 weeks or close to 1 and 1/2 books each week. I believe it’s feasible although I might not be able to achieve it. But it is worth a try.

Here below, you can find the list of books I’m planning to read for this challenge (in no particular order).