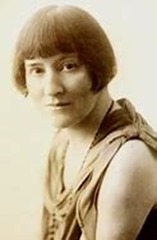 Ethel Lina White was born in Abergavenny, Monmouthshire, Wales, in 1876, the daughter of a successful builder, she was one of a family of twelve, raised by Welsh nursemaids. She worked in London for the Ministry of Pensions, but left the job ‘on the strength of a ten-pound offer for a short story’, and ‘scratched a living on short stuff for quite a time before my first novel was published’. Her favourite form of relaxation was watching films, which perhaps account for her knack of writing vivid and suspenseful scenes. Her first three works, published between 1927 and 1930, were mainstream novels. Her first crime novel, published in 1931, was Put Out the Light. Although she has now faded into obscurity, in her day she was as well known as writers like Dorothy L. Sayers and Agatha Christie. Her works have enjoyed a revival in recent years with a stage adaptation of The Lady Vanishes touring the UK in 2001 and the BBC broadcast of an abridged version on BBC Radio 4 as well as a TV adaptation by the BBC in 2013. Also, many of her works previously unavailable have recently been published for Amazon Kindle. She died in London in 1944 aged 68.

The first adaptation of White’s work was The Wheel Spins. Whilst The Lady Vanishes is primarily seen as one of the highlights of Alfred Hitchcock’s career, he almost didn’t make the film, as he did so to fulfil a studio contract. Following the success of The Lady Vanishes there was interest in making more movies from her books and in 1945 her novel Midnight House became The Unseen, directed by Lewis Allen. Shortly after that came an adaptation of Some Must Watch, one of White’s earlier novels. Again the name of the novel was changed and became The Spiral Staircase gaining a Best Supporting Actress Oscar Nomination for Ethel Barrymore. (Source: Martin Edwards and Wikipedia)

Curtis Evans at The Passing Tramp has said: ‘Personally, I prefer Ethel Lina White to the much lauded Francis Iles (Anthony Berkeley Cox) and would love to see more of her books back in print.  It surprises me that feminist mystery genre criticism, which has done so much for the cause of the Crime Queens, has done so little for Ethel Lina White.?’

Kate Jackson, who blogs at Cross-Examining Crime, has to date read 9 of them and has ranked them as follows here. I hope it will help you, as much as it will help me.