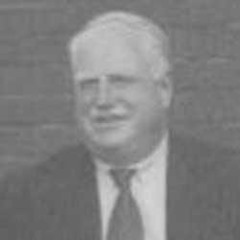 Born Richard Henry Sampson in London in 1896, Richard Hull was the son of Nina Hull and S. A. Sampson. He attended Rugby College; though awarded a scholarship in mathematics on completing his studies there, he failed to enter Trinity College at Cambridge University because of the outbreak of World War I. He entered the army on his eighteenth birthday and received a commission. He served with an infantry battalion and the machine gun corps and spent three years in France. After the war, he remained on the active list of his original army battalion until 1929, when he formally retired. During that time, however, he joined a firm of chartered accountants, with whom he worked for several years. Although he passed his qualifying examinations in accounting, he was unsuccessful in establishing a private practice and turned to writing instead. He wrote his first and most famous novel, The Murder of My Aunt, in 1934, and thereafter published a book a year until 1941, when he began to release his work at a slower pace. He published fifteen novels in all, with the last appearing in 1953. When Hull wrote of himself, he relied on the third person, as in his letters to mystery critic and historian Howard Haycraft.

On September 1, 1939, Hull was recalled to service but was released as a major in July, 1940, because of his age. He next worked in the Admiralty as a chartered accountant, investigating costs of government contracts, until the mid-1950’s. A lifelong bachelor, he lived in his London club until his death in 1973. (Source: “Richard Henry Sampson – Biography” Masterpieces of Fiction, Detective and Mystery Edition Ed. Carl Rollyson. eNotes.com, Inc. 2008 eNotes.com 28 Feb, 2020 http://www.enotes.com/topics/richard-henry-sampson#biography-biography-3378)

While he ceased to write detective fiction after 1953, he did continue to take a close interest in the affairs of the Detection Club, assisting Agatha Christie with her duties as President. He was a Fellow of the Institute of Chartered Accountants in England and Wales (ICAEW). (Source: Wikipedia)

Book Description: Edward Powell lives with his Aunt Mildred in the Welsh town of Llwll.
His aunt thinks Llwll an idyllic place to live, but Edward loathes the countryside – and thinks the company even worse. In fact, Edward has decided to murder his aunt.
A darkly humorous depiction of fraught family ties, The Murder of My Aunt was first published in 1934. (British Library Publishing, 2018)

Martin Edwards considers My Own Murderer (published in 1940, but probably written just before the outbreak of war) one of Hull’s best books. (‘Do You Write Under Your Own Name’) My Own Murderer is included in his book The Story of Classic Crime in 100 Books. Unfortunately this book is not readily available.