Josephine Tey, pseudonym of Elizabeth Mackintosh, (born 1897, Inverness, Inverness-shire, Scot.—died Feb. 13, 1952, London, Eng.), Scottish playwright and author of popular detective novels praised for their warm and readable style. A physical education teacher for eight years, Tey became a full-time writer with the successful publication of her first book, The Man in the Queue (1929), which introduced Inspector Grant of Scotland Yard. In 1937 she returned to crime writing with A Shilling for Candles, but it wasn’t until after the Second World War that the majority of her crime novels were published. She wrote some novels and the majority of her plays under the pseudonym Gordon Daviot. Among the plays is Richard of Bordeaux (produced 1933), a stage success in London and New York. Her detective fiction, written under the pen name Josephine Tey and frequently featuring the fictional investigator Inspector Grant, includes Miss Pym Disposes (1947); The Franchise Affair (1949), based on a real case from the 18th century; The Daughter of Time (1951), a historical novel dealing with Richard III’s implication in the murder of his two young nephews; and The Singing Sands (1952). (Source: Britannica and Fantastic Fiction).

Curtis Evans asks himself at The Passing Tramp: ‘And what are your favorite Teys?’ An he answers: ‘ I think it’s safe to sat that the Big Three are The Daughter of Time, Brat Farrar and The Franchise Affair, with Miss Pym Disposes perhaps nipping discreetly at their heels.  The other four Tey mystery novels tend to be comparatively neglected.  I soon will post a review of one of the latter four books.’

An Martin Edwards wrote at ‘Do You Write Under Your Own Name?’: ‘The Daughter of Time is her most famous book, but I prefer the excellent Brat Farrar and The Franchise Affair.’

Besides, Martin Edwards included The Franchise Affair in his book The Story of Classic Crime in 100 Books.

Marion Sharpe and her mother seem an unlikely duo to be found on the wrong side of the law. Quiet and ordinary, they have led a peaceful and unremarkable life at their country home, The Franchise. Unremarkable that is, until the police turn up with a demure young woman on their doorstep. Not only does Betty Kane accuse them of kidnap and abuse, she can back up her claim with a detailed description of the attic room in which she was kept, right down to the crack in its round window.

But there’s something about Betty Kane’s story that doesn’t quite add up. Inspector Alan Grant of Scotland Yard is stumped. And it takes Robert Blair, local solicitor turned amateur detective, to solve the mystery that lies at the heart of The Franchise Affair…  (Source: Amazon) 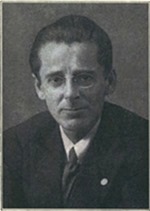 Joseph Jefferson Farjeon (4 June 1883 – 6 June 1955) was an English crime and mystery novelist, playwright and screenwriter. His father, brother and sister also made names for themselves in literature. He was the brother of the children’s writer Eleanor Farjeon and the playwright Herbert Farjeon. Although he was a descendant of Thomas Jefferson, Farjeon was named after his maternal grandfather, the American actor Joseph Jefferson. He was educated privately and at Peterborough Lodge. From 1910 to 1920 he did editorial work for the Amalgamated Press.

Farjeon’s crime novels were admired by Dorothy L. Sayers, who called him “unsurpassed for creepy skill in mysterious adventures.” His obituarist in The Times talked of “ingenious and entertaining plots and characterization,” while The New York Times, reviewing an early novel, Master Criminal (1924), states that “Mr. Farjeon displays a great deal of knowledge about story-telling… and multiplies the interest of his plot through a terse, telling style and a rigid compression.” The Saturday Review of Literature called Death in the Inkwell (1942) an “amusing, satirical, and frequently hair-raising yarn of an author who got dangerously mixed up with his imaginary characters.”

Most of Farjeon’s works had been forgotten, but the figure of Ben in Number 17 (1926) appeared again in a string of novels, including Ben on the Job (1932), reissued in 1955 and 1985. The House Opposite (1931), the first full-length original novel to feature Ben, was reissued under the revived Collins Crime Club imprint in 2015, followed by the seven other “Ben” novels in 2016.

A significant revival of interest in the Golden age of detective fiction had followed the 2014 success of The British Library reissue of Mystery in White: A Christmas Crime Story (1937). There followed two further reissues in 2015: Thirteen Guests (1936) and The Z Murders (1932). Mystery in White is also one of at least three of his novels to have appeared in Italian, French, Dutch (Het mysterie in de sneeuw – The Mystery in the Snow), German, Spanish (Misterio en blanco, Siruela 2016), Polish and Russian.

Seven Dead (1939) has been reissued by The British Library (September 2017). The novel sees the return of Detective-Inspector Kendall, first seen, in the words of its central character “…in the case of the Thirteen Guests. What I liked about him was that he didn’t play the violin, or have a wooden leg or anything of that sort. He just got on with it.” (Several sources: Wikipedia and Gadetection).

Curtis Evans wrote at The Passing Tramp: ‘Between 1924 (The Master Criminal) and 1954 (Castle of Fear), Farjeon published by my count fifty-five adult mystery novels (including a few under the name Anthony Swift; he also published several children’s mysteries).  He achieved considerable popularity in both the United States and Great Britain, in the latter country becoming one of the staple authors of the Collins Crime Club from 1929 until his death; and he had the distinction, along with such authors as Josephine Tey, Ethel Lina White, Selwyn Jepson and Francis Beeding, of having one of his works, in his case the play (later novel) No. 17, made into an Alfred Hitchcock film.’

‘Dorothy L.Sayers was a Farjeon fan, and so was Keating. More recently, Curt Evans has written very positively about him. You have to be a good writer to attract the interest of such expert judges,as well as Hitchcock, and Farjeon was certainly an accomplished novelist, who was trying to do something other than write conventional whoduntis. Mystery in White is an enjoyable read that deserves to be better known.’ (Source: Martin Edwards at  ‘Do You Write Under Your Own Name?’)