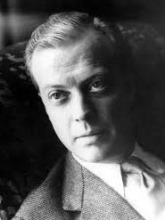 Eric Clifford Ambler OBE (born June 28, 1909, London, England—died October 22, 1998, London), was an influential English writer who essentially invented the modern spy novel. Born in London England, Ambler also used the pseudonym Eliot Reed for books co-written with Charles Rodda. His family were entertainers, putting on a type of puppet show, with which he helped. Later he studied engineering at London University and served an apprenticeship with an engineering company before working in advertising. His family background proved dominant, and Ambler soon moved to writing plays and other works. He moved to Paris for a few years, where he married Louise Crombie, and later married Joan Harrison, a writer and producer.

When World War II broke out, Ambler entered the army as a common soldier, serving briefly in the Royal Artillery. He was soon re-assigned to photographic units, where his talents could be better utilized. He ended the war as a Lieutenant Colonel and assistant director of the army film unit.

After the war, he continued in the civilian film industry as a screen-writer. He did not resume writing under his own name until 1951, thus breaking his writings into two distinct periods. Five of his six early works are regarded as classic thrillers. He won many awards for writing.

His best known works are probably The Mask of Dimitrios, which became a classic film noir in 1944, and The Light of Day, filmed in 1964 as Topkapi, and subsequently lampooned in The Pink Panther. He was also a successful screenwriter who, in his later years, lived in Los Angeles. Amongst other classic movies based on his works are Journey Into Fear (starring Orson Welles) and The October Man. Later he lived in Switzerland for sixteen years before returning to England. He published his autobiography in 1981, Here Lies Eric Ambler. (Source: Golden Age of Detection Wiki and Wikipedia)

Further reading: Eric Ambler Web Site, Eric Ambler – guest blog by Peter Lewis at ‘Do You Write Under Your Own Name?’ and Eric Ambler Obituary The Independent.

Journey into Fear is a 1940 spy thriller novel by Eric Ambler. Film adaptations were released in 1943 and 1975. As common in Ambler’s books, the protagonist is not a professional spy, and is clearly out of his depth. Indeed, the chief Nazi treats him with open contempt, which for much of the book seems amply justified. Yet ultimately the German professional pays dearly for underestimating this amateur – another plot element which was to be repeated in later Ambler books. The book came to be regarded as a classic among spy thrillers, setting out what became some of the genre’s basic conventions and immensely influencing later works including the James Bond series. (Source: Wikipedia)

It is 1940 and Mr Graham, a quietly-spoken engineer and arms expert, has just finished high-level talks with the Turkish government. And now somebody wants him dead. The previous night three shots were fired at him as he stepped into his hotel room, so, terrified, he escapes in secret on a passenger steamer from Istanbul. As he journeys home – alongside, among others, an entrancing French dancer, an unkempt trader, a mysterious German doctor and a small, brutal man in a crumpled suit – he enters a nightmarish world where friend and foe are indistinguishable. Graham can try to run, but he may not be able to hide for much longer … (Source: Penguin Modern Classics)

Journey Into Fear has been reviewed, among others, at Mystery File, and The View from the Blue House.