James Mallahan Cain (July 1, 1892 – October 27, 1977) was an American journalist and crime writer. Although Cain himself vehemently opposed labelling, he is usually associated with the hard-boiled school of American crime fiction and seen as one of the creators of the roman noir.

Cain was born into an Irish Catholic family in Annapolis, Maryland. The son of an educator and a failed opera singer, he inherited a love of music from his mother, but his hopes of a career as a singer were thwarted when she told him that his voice was not good enough. After graduating from Washington College, where his father, James W. Cain, he was drafted into the United States Army and spent the final year of World War I in France writing for an army magazine.

Upon returning to the United States, Cain continued working as a journalist. He briefly served as the managing editor of The New Yorker and later worked mainly on screenplays and novels. His first novel, The Postman Always Rings Twice, was published in 1934. Two years later Double Indemnity (1936) was serialized in Liberty magazine. Cain made use of his love of music, particularly the opera, in at least three of his novels: Serenade (1937), about an American opera singer who loses his voice and, after spending part of his life south of the border, re-enters the United States illegally with a Mexican prostitute; Mildred Pierce (1941), in which, as part of the subplot, the surviving daughter of a successful businesswoman trains as an opera singer; and Career in C Major, a short semi-comic novel about the unhappy husband of an aspiring opera singer, who unexpectedly discovers that he has a better voice than she does. In his novel The Moth (1948), music is important in the life of the main character. Cain’s fourth wife, Florence Macbeth, was a retired opera singer.

Cain spent many years in Hollywood working on screenplays, but his name appears as a screenwriter in the credits of only two films: Stand Up and Fight (1939) and Gypsy Wildcat (1944), for which he is one of three credited screenwriters. For Algiers (1938) Cain received a credit for “additional dialogue”, and he had story credits for other films.

Cain continued writing up to his death, at the age of 85. He published many novels from the late 1940s onward, but none achieved the financial and popular success of his earlier books. (Source: Excerpts from Wikipedia)

On a personal note, Double Indemnity is much better than The Postman Always Ring Twice, but I couldn’t finish the reading of Mildred Pierce, though I’ve seen the film. From then on, my interest for his novels has faded. Anyhow, if only for these two novels, Double Indemnity and The Postman, James M. Cain deserves a place of honour among the crime writers of his time.

From Wikipedia: Double Indemnity is a 1943 crime novel, written by American journalist-turned-novelist James M. Cain. It was first published in serial form in Liberty magazine in 1936 and then was one of “three long short tales” in the collection Three of a Kind (together with Career in C Major and The Embezzler [first published as Money and the Woman, in Liberty magazine, 1938]). Double Indemnity later served as the basis for the film of the same name in 1944, adapted for the screen by the novelist Raymond Chandler and directed by Billy Wilder. Cain based the novella on a 1927 murder perpetrated by a married woman in Queens, New York, and her lover, whose trial he attended while working as a journalist in New York. In that crime, Ruth Snyder persuaded her boyfriend, Judd Gray, to kill her husband, Albert, after having him take out a big insurance policy with a double indemnity clause. The murderers were quickly identified, arrested and convicted.

After Paramount purchased the rights to the novella for Wilder, the next step was a screenplay. Wilder first choice, James M. Cain himself, was working for another studio and unavailable. Producer Joseph Sistrom, an avid reader and an admirer of The Big Sleep, then suggested Raymond Chandler. Initially, Wilder and Chandler had intended to retain as much of Cain’s original dialogue as possible. It was Chandler who first realized that the dialogue from the novella did not translate well to the screen. Wilder disagreed and was annoyed that Chandler was not putting more of it into the script. To settle it, Wilder hired a couple of contract players from the studio to read passages of Cain’s original dialogue aloud. To Wilder’s astonishment, Chandler was right, and in the end, the movie’s cynical and provocative dialogue was more Chandler and Wilder than it was Cain.

Cain was very pleased with the way his book turned out on the screen. After seeing the picture half a dozen times, he was quoted as saying “It’s the only picture I ever saw made from my books that had things in it I wish I had thought of. Wilder’s ending was much better than my ending, and his device for letting the guy tell the story by taking out the office dictating machine – I would have done it if I had thought of it.”

A true crime masterpiece, and highly acclaimed 1940s movie
Double Indemnity is the classic tale of an evil woman motivated by greed who corrupts a weak man motivated by lust.
Walter Huff is an insurance investigator like any other until the day he meets the beautiful and dangerous Phyllis Nirdlinger and falls under her spell. Together they plot to kill her husband and split the insurance. It’ll be the perfect murder . . . (Source: Orion Books)

Double Indemnity has been reviewed, among others, at The Complete Review, JacquiWine’s Journal, Mystery File, Vintage Pop Fictions, Tipping My Fedora and Mysteries Ahoy! 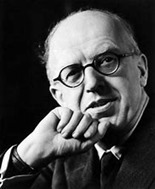 Charles Percy Snow, Baron Snow, CBE (15 October 1905 – 1 July 1980) was a scientist and novelist. Born in Leicester, he was educated at University College, Leicester and Cambridge University, where he became a Fellow of Christ’s College. He was knighted in 1957 and made a life peer as Baron Snow, of the City of Leicester, in 1964. He served as a Minister in the Labour government of Harold Wilson. C.P. Snow was married to novelist Pamela Hansford Johnson.

Snow is most noted for his lectures and books regarding his concept of “The Two Cultures”, as developed in The Two Cultures and the Scientific Revolution (1959). Here he notes that the breakdown of communication between the sciences and the humanities is a major hindrance to solving the world’s problems. Snow’s lecture aroused considerable ferment at the time of its delivery, partly because of the uncompromising style in which he stated his case. He was strongly criticised by the literary critic F. R. Leavis. The dispute even inspired a comic song on the subject of the second law of thermodynamics from Flanders & Swann.

Snow’s first detective story was Death under Sail (1932). Late in his career, he wrote a second detective novel, A Coat of Varnish (1978). Perhaps he had used the detective novel to practice his writing skills at the start of his career, and a sense of symmetry made him try it again at the close. (Source: Wikipedia and Golden Age of Detention Wiki).

Martin Edwards has included Death under Sail in The Story of Classic Crime in 100 Books and reminds us that quote On the dust-jacket copy of the first edition, en excited blurb writer claimed that: ‘Few detectives stories have ever been written under more extraordinary conditions than Death under Sail. Dr  C. P. Snow, a 26-year-old Cambridge “don”, has been busily engaged in experiments which may well be of vital importance to the human race. ……. Naturally work such as this has been a great strain to Dr Snow, and at one point during the proceedings he went for a short holiday on a friend’s yacht on the Norfolk Broads. Here it was that he evolved an extraordinary form of mental recreation for a man engaged in work that may result in banishing famine from the world and bringing good health within the reach of all. He planned and began to write a “thriller” . . . he developed a plot as watertight as the yacht he sailed, and eventually created the cleverest possible solution to the murder of the Harley Street specialist who met his death with a smile upon his lips. And they say scientists have no imagination!’ unquote.

Roger Mills, a Harley Street specialist, is taking a sailing holiday on the Norfolk Broads. When his six guests find him at the tiller of his yacht with a smile on his face and a gunshot through his heart, all six fall under suspicion. The Green Popular Penguins Story It was in 1935 when Allen Lane stood on a British railway platform looking for something good to read on his journey. His choice was limited to popular magazines and poor quality paperbacks. Lane’s disappointment at the range of books available led him to found a company – and change the world. In 1935 the Penguin was born, but it took until the late 1940s for the Crime and Mystery series to emerge. The genre thrived in the post-war austerity of the 1940s, and reached heights of popularity by the 1960s. Suspense, compelling plots and captivating characters ensure that once again you need look no further than the Penguin logo for the scene of the perfect crime. (Source: Amazon)

Death Under Sail has been reviewed, among others, at Golden Age of Detection Wiki, Pretty Sinister Books, and My Reader’s Block.

Join 288 other followers
Follow A Crime is Afoot on WordPress.com